So it's been a week or so since the last post and I've been a bit busy with this guy.
I made new stylized french fry hands for Mr. J 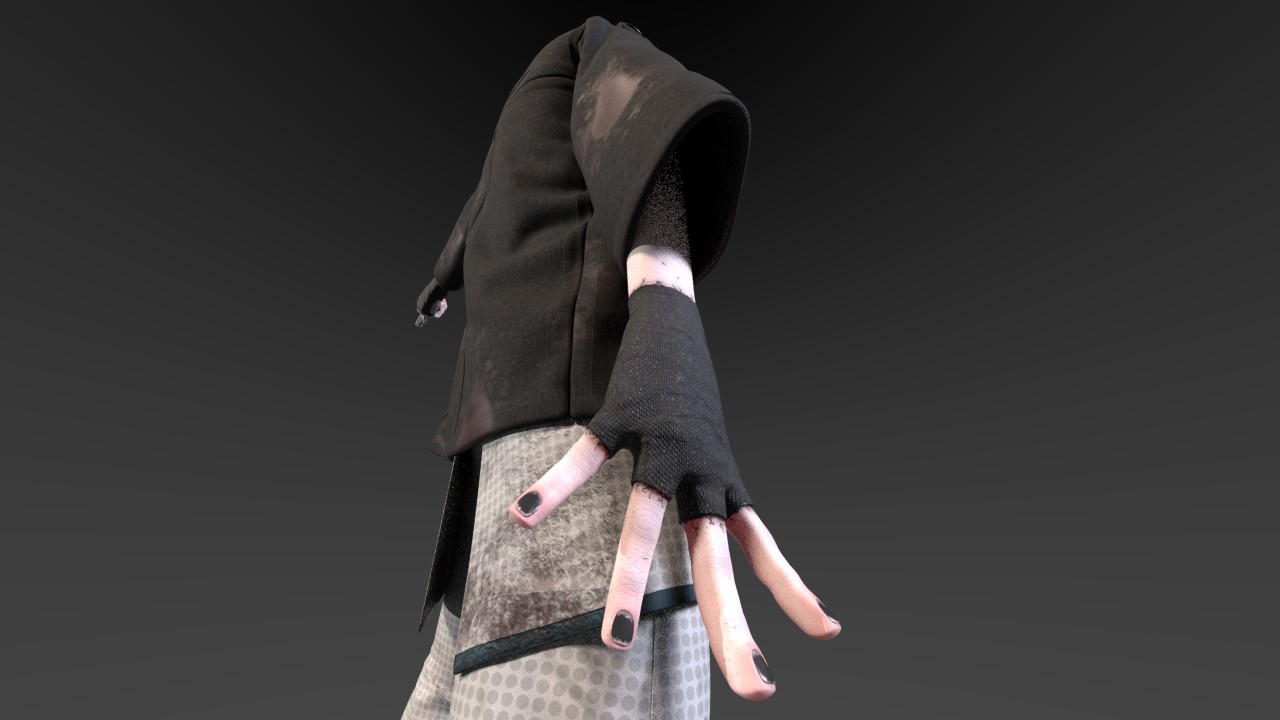 I also textured Mikaela's Gun. I tried adding a cheesy easter-egg, like having the serial number on the barrel say B4N6 (Get it?) But I thought It'd be more Joker-ish to actually carve the words on it. Cheesy serial number easter-egg became a credit for her. Also pink hospital tag.

Still needs to fix some of the crashing and the wrinkles on the fingers. 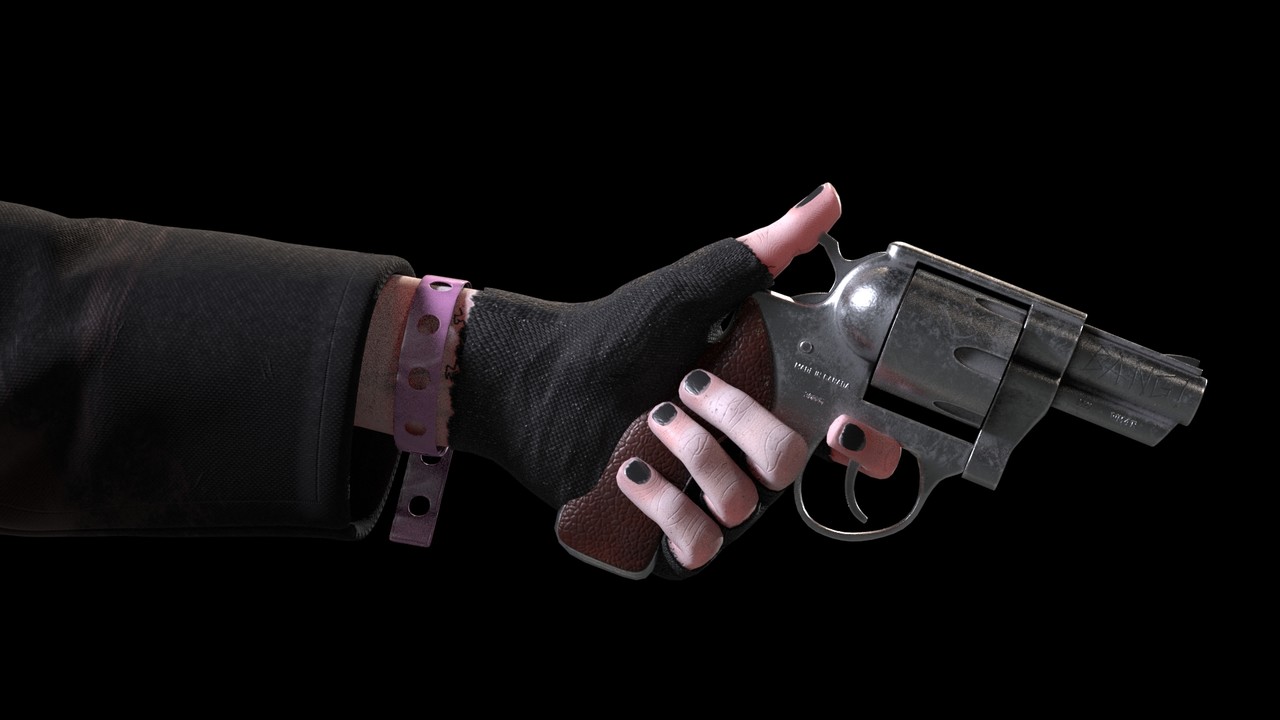 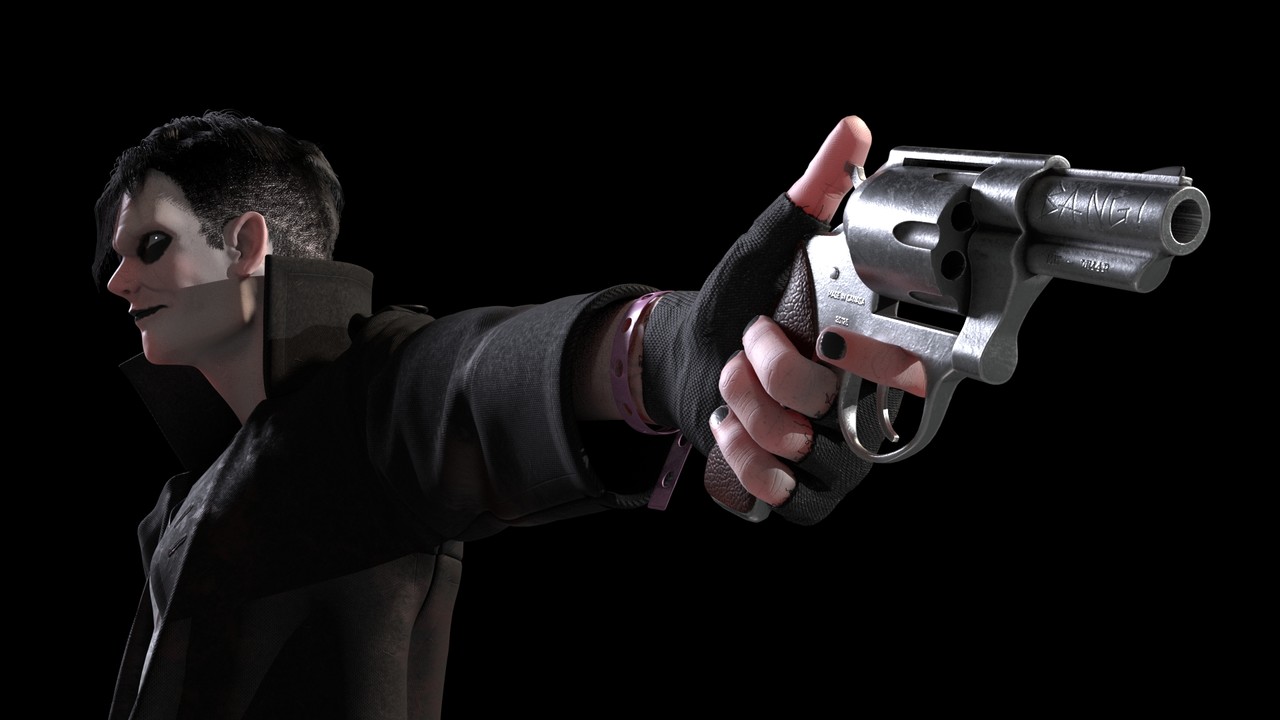 He also finally has eyes. I'm not exactly a fan of how the hair looks yet. 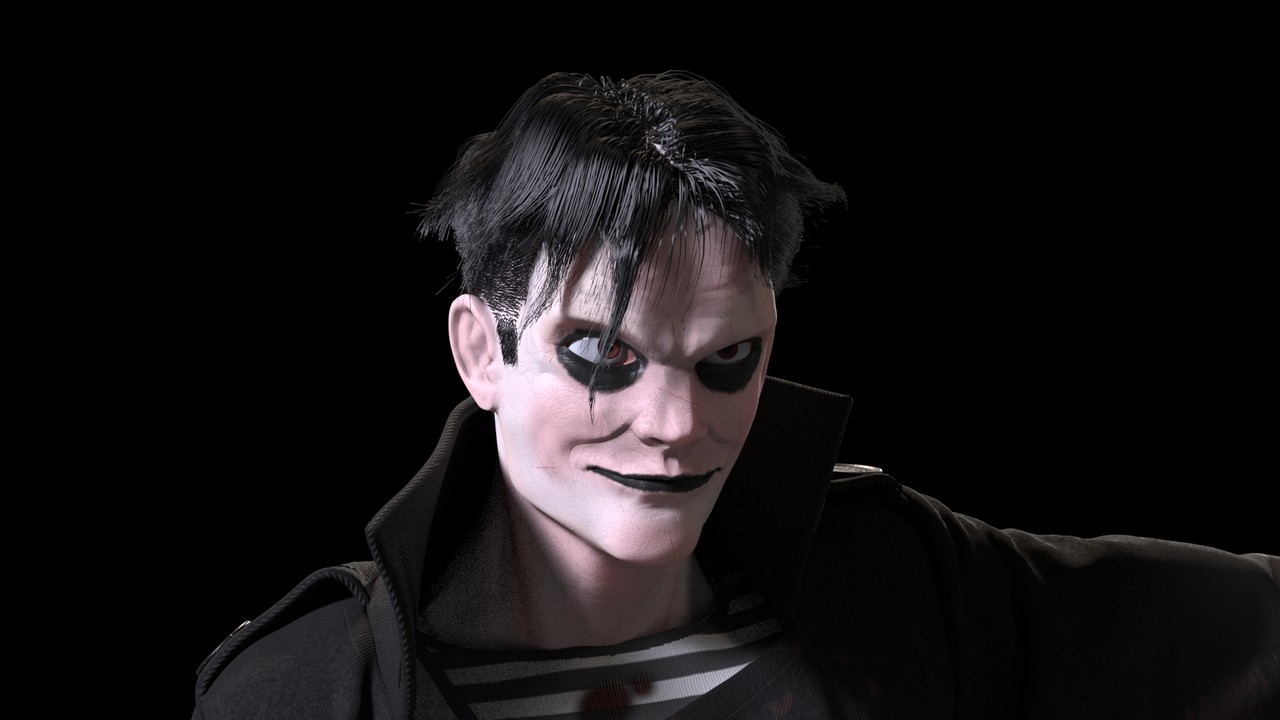 I made new grimy and bloody textures for the shoes and textured his legs. I also decided to add a podium / contained environment as a test inspired by Nintendo's amiibos and the Disney Infinity figurines. By his hospital attire (and tag) I figured he is a patient at a hospital, psychiatric maybe, and since there's no actual blood on his hands in the design, and there's too much and there's on his clothes, I figured it didn't all come from shooting people. This is probably a heist or a riot and other inmates are killing each other or the guards or whatever.  The blood on the floor looks like someone dropped tomato sauce, needs to be redone from scratch. This render also helped me notice some weird bump issue on his left leg. 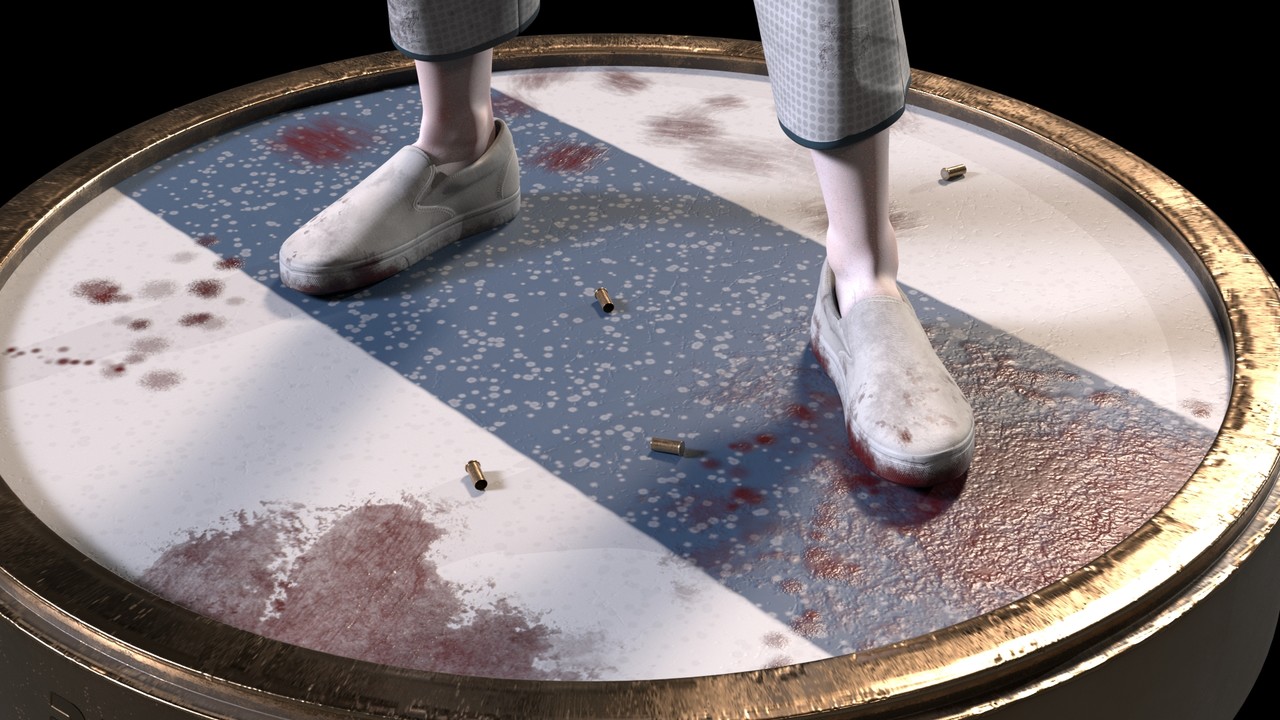 The guy is at a point where I can say its a nice, first, "final" version. There's a lot to tweak and fix, but I feel it's at a good point to show off without getting too close. I will continue working on him but I already have some ideas for my next project. I'm thinking Zora Link from Majora's Mask to try out making a creature, or a self portrait to practice some more Marvelous Designer and hair grooming. 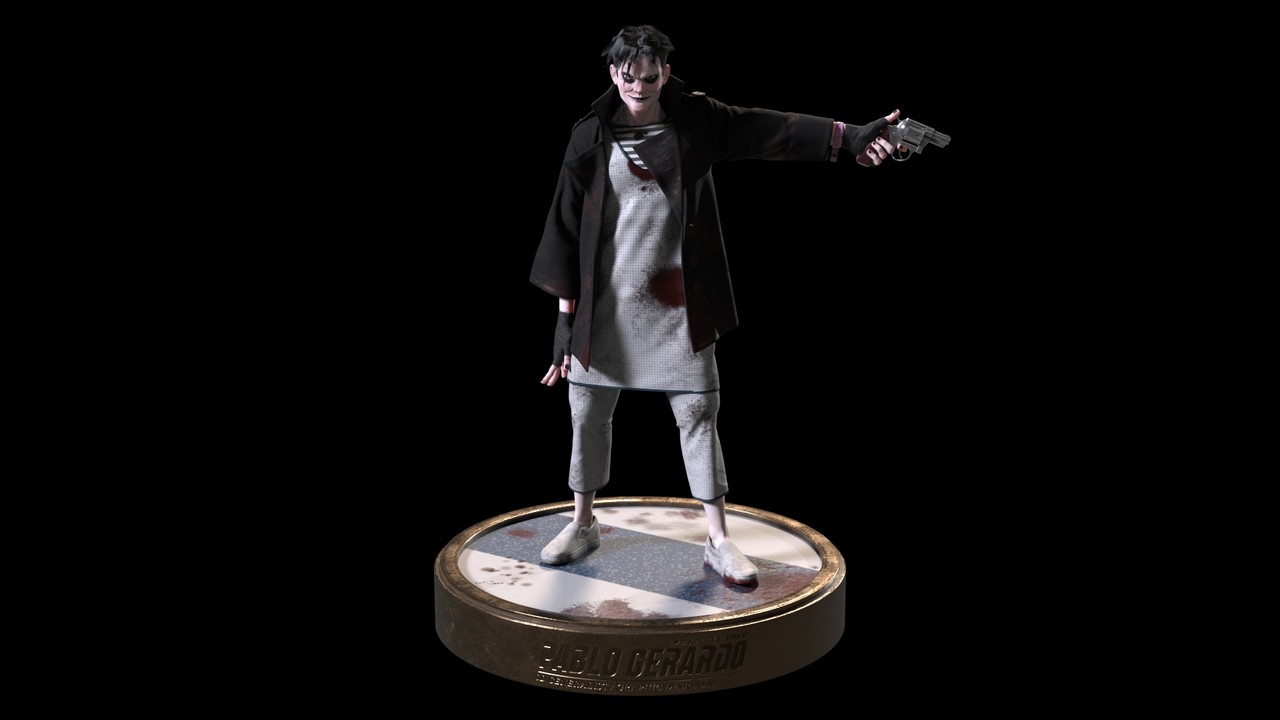